WHY HIRE A DECORATOR?

This article I came across on Elle Decor online was just too good not to share. It has terrific info for clients and designers alike.

WHY HIRE A DECORATOR?

The risks and rewards of working with top-flight talent When you hire a designer, you open up your life-and your dreams-to interpretation. It’s an intimate relationship, but it can be a fraught one. So how do you guarantee that the collaboration will be a success? We’ve asked clients of several of our A-List designers to share the risks and rewards of working with top-flight talent, what lessons they’ve learned along the way, and why they find the process so compelling that they are willing to undertake it again and again.

Roxanne Bok and her husband, Scott, an investment banker, have seen firsthand how a good designer can make a major impact on a space—regardless of the budget. They first hired MATTHEW PATRICK SMYTH about 10 years ago to renovate an 1853 farmhouse in Connecticut. The budget “was no-holds-barred on materials and antiques, ” says Roxanne, and Smyth created a historically appropriate home that thrilled the couple. When the Boks later bought a condo in Palm Beach, however, they had a very different request. “We told him to do it as cheaply as he could, ” says Roxanne. “He kept telling us about the pieces he was buying at Target, and the art he found on the Internet, and we thought, ‘Oh my God, what’s this going to look like?’ ” But the end result still made the Boks swoon. “Matthew said, ‘I have just as much enjoyment shopping at Target, ‘ ” Roxanne remembers. “Sometimes it’s more fun doing something with less money than with more.”

Building their dream home in Montecito, California, Siri Marshall, a retired corporate executive, and her husband, Bob, enlisted SUZANNE RHEINSTEIN as the interior designer. “I had some trouble, ” says Siri, “especially at the beginning, understanding what Suzanne was trying to do. It’s easy to reject an idea if you’ve never seen it before.” Rheinstein selected gray, stone, and earth colors for their California kitchen. “I got the sample when I was in my white French kitchen in Minneapolis, where I was living, and I thought, ‘Oh, I don’t think this looks like a very happy kitchen.’ But I took them to the house in Montecito and held them up, and suddenly I understood that they were exactly the colors of the landscape. It was all part of the indoor-outdoor flow she was trying to create. I made some of my best decisions when I let Suzanne push me.”

ALLOW YOURSELF TO BE SURPRISED

Drew Katz, a media company CEO, first hired ERNEST DE LA TORRE for a major loft renovation in SoHo. He was so pleased with the results that he enlisted the designer to work on a home in Vermont and two apartments in Philadelphia. But some of de la Torre’s quirkier suggestions initially gave Katz pause. “For my house in Vermont, ” Katz remembers, “Ernie proposed a ceiling fixture that was like an eight-foot motorized zeppelin. It was shaped like a dragon, with a tongue that goes in and out, and I thought, ‘I don’t know about this.’ But it’s turned out to be everyone’s favorite piece, including my own.” For Katz’s New York loft, the decorator commissioned a hand-painted wallpaper from China for the enormous modern staircase. “It starts on the lower floor as a river, and as it rises to the upper level it becomes cherry blossoms and golden clouds, ” says Katz. “I was very skeptical, as it was extremely expensive, but it wound up being extraordinary.” 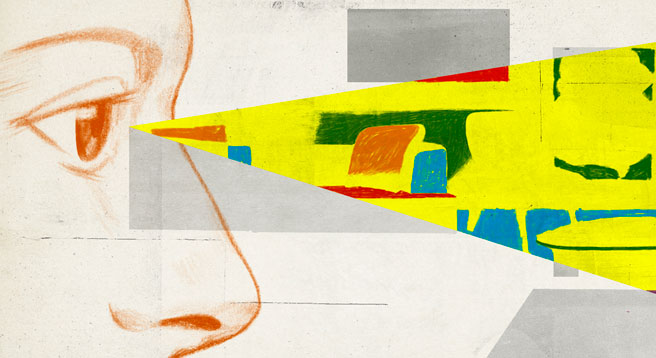 While planning a new home in Greenwich, Connecticut, Hilary Haroche realized that the majority of her magazine clippings featured work by one designer SUZANNE KASLER. But Kasler lived hundreds of miles away, in Atlanta. “A lot of friends said, ‘Are you crazy? You live two seconds from New York City, where there are a thousand great designers.’ But I just knew Suzanne was the right person, ” says Haroche. “Because our house was being built so quickly, there were a lot of 911 moments, ” she says—for instance, when workers installing moldings didn’t fully understand the design details. “I’d video things and send them to Suzanne, ” explains Haroche, “and she would send sketches back, from Atlanta or while she was on the road, on the fly.” That fast pace, which saw the house completed in one year, didn’t prevent Kasler from making the interior intensely personal. “She was one of the most collaborative designers I’ve ever worked with, ” says Haroche.

SOMETIMES DESIGNERS KNOW YOU BETTER THAN YOU KNOW YOURSELF

Upon buying a midcentury villa in Southampton, New York, Darice Fadeyi and her husband, both doctors, hired TIMOTHY WHEALON, who had designed two homes for a friend of theirs. “Tim is really adept at getting inside a client’s head, ” says Fadeyi. “I had a hard time putting what I wanted into words, but he has the humility to really listen to you. There are other designers who create objectively beautiful spaces that have no connection to the client. But there’s no question that my Southampton place is my home. Tim’s not satisfied with what he wants. He has to make sure you’re getting what you want. Several times I approved something, and a few days later he would come back and say, ‘I don’t think you really love it. Let’s try something else.’ ”

A GOOD DESIGNER IS VERSATILE

Noel Berk and her partner, Liz Omedes, have an affinity for intense colors. Berk paints as a hobby, and was drawn to working with JAMIE DRAKE when it came time to decorate the couple’s loft in New York’s Flatiron District. “He loves strong colors as much as we do, ” she says. Drake pulled the palette from the couple’s Andy Warhol Flowers print, which meant a bedroom in lilac, fuchsia upholstery in the living room, and a bright-orange guest room. “When we sold the place, the new owners ripped everything out—then they hired Jamie to design the same space in their way, ” Berk says. She and Omedes went on to hire Drake again when they bought a farmhouse on Long Island, where the designer used yet another color scheme. “It was inspired by a bolt of vintage 1950s fabric he found in Los Angeles, a wild abstract with turquoise and orange and green. That’s the proof of Jamie—your taste can be totally different from his, or from another of his clients, and his work will be great no matter what.”

A GOOD DESIGNER THINKS AHEAD

When ALESSANDRA BRANCA decorated a Greenwich Village apartment for Alexa and Tim Scanlon, “she paid attention not only to how we live, ” says Alexa, “but to how we would be living in the future.” The young couple doesn’t have children yet, but Branca designed the guest room so that it could convert to a room for a child just by switching out a few pieces of furniture. “She also chose what she called ‘lifestyle’ pieces, which are the kind we can take with us to a bigger space in five or six years, ” says Alexa. “For that reason, we decided not to paper our entire bedroom with custom wallpaper from England. Instead, Alessandra designed an incredible screen to go behind the bed, something that can be moved.”

“It really helps to have your choices narrowed down, ” says a client who, with her husband, hired Branca to decorate the couple’s Chicago penthouse triplex in a building overlooking Lake Michigan. “Alessandra set us up in her enormous library and had us mark pictures of the things we liked, whether it was a pediment or a floor or the color of a wall. She then made us what she calls a ‘look and feel’ book, with swatches, photos, and samples, along with our comments, such as, ‘She likes this, but he doesn’t.’ Then Alessandra would offer three or four ideas, not too many, for each piece of furniture, each lamp or ceiling fixture.” Branca also used a few things the couple already owned, sometimes in surprising new ways. She painted a mahogany canopy bed white, for instance, and a mahogany chest and desk black. “It gives the pieces a whole new life, ” the client says.

When Lynn Mestel first contacted ALEXA HAMPTON nearly 15 years ago, she made a bold prediction. “I said, ‘You don’t know me, but I’m going to be one of your great clients, ‘ ” says Mestel, a lawyer and entrepreneur. The reason? “I already loved her taste and I’m a very busy person.” She planned to give Hampton free creative rein. For Mestel, finding a designer who could deliver the look she and her husband desired without a lot of back-and-forth was key. “To me, an interior decorator is like a psychiatrist—you always fire your first, ” she says, noting that her previous collaborations with designers weren’t as successful. “You need to find the person who gets you.” And once she found that person, Mestel did little second-guessing. “Alexa is an artist. She has a palette and a vision. If you’re going to spend a lot of time trying to change that vision, you’ve lost what you’re buying.”

For Carole Bayer Sager, a songwriter who helped compose such hit tunes as “A Groovy Kind of Love” and “That’s What Friends Are For, ” working with interior designer WALDO FERNANDEZ has been almost as good as attending design school. “When I started working with Waldo, I really didn’t know very much about design, ” says Sager, who has hired Fernandez for six different houses over the past three decades. “But as I became more educated, I started buying things at auction that we would then incorporate into the houses.” While she grew to know more about furniture, objects, and art, she continued to rely on his expertise in pulling rooms together. “Sometimes, I’d find something I loved and would want to build a room around it, ” she says. “What Waldo has that I’m missing is a fantastic sense of scale and architectural planning.” Each time they work together, she says, she encourages Fernandez to go beyond his comfort zone, just as she does with her many musical collaborators. “I try to push him to be at his most inspired.”

“Most designer-client relationships lack one important element: fun, ” says Georgia Spogli, a longtime client of CHARLOTTE MOSS. “Charlotte and I laugh, plot, dream, and obsess our way through every project. Neither one of us requires an abundance of sleep, so we find ourselves e-mailing each other at all hours of the day and night. No detail is too small.” The result, she adds, is that the completion of every project is bittersweet. But Moss always finishes with a flourish. At the final installation, the home goes from unfurnished to completely finished in a single day. “You enter into a perfect atmosphere of candlelit, accessory-placed, picture-hung, and flower-filled glory, ” says Spogli. “It never fails to make you gasp.”